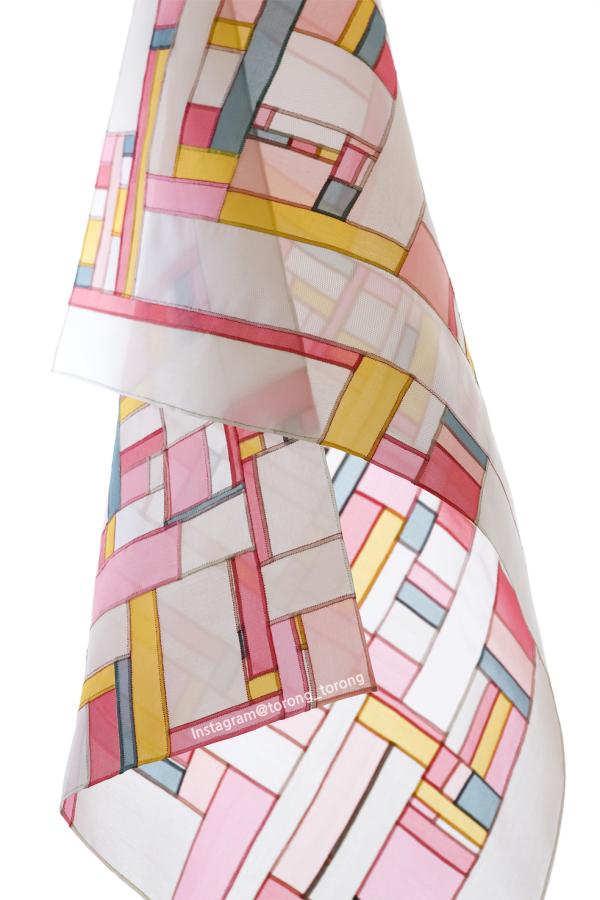 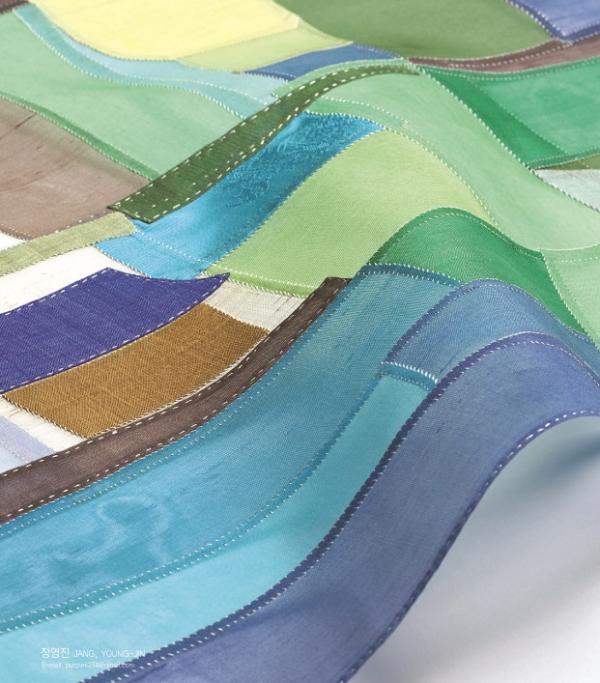 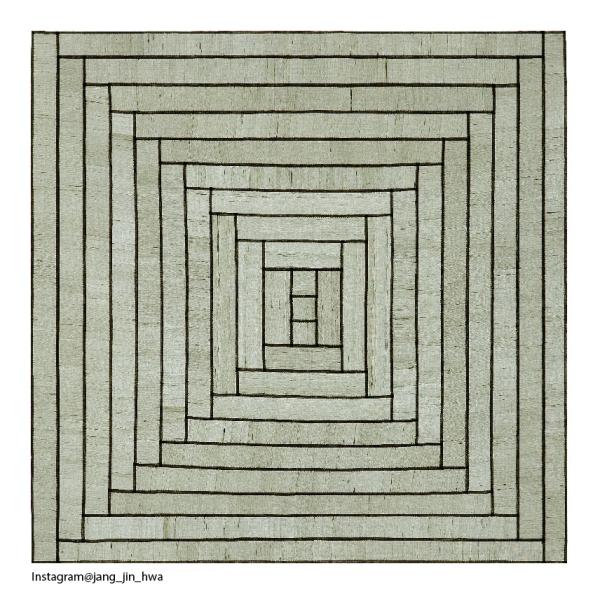 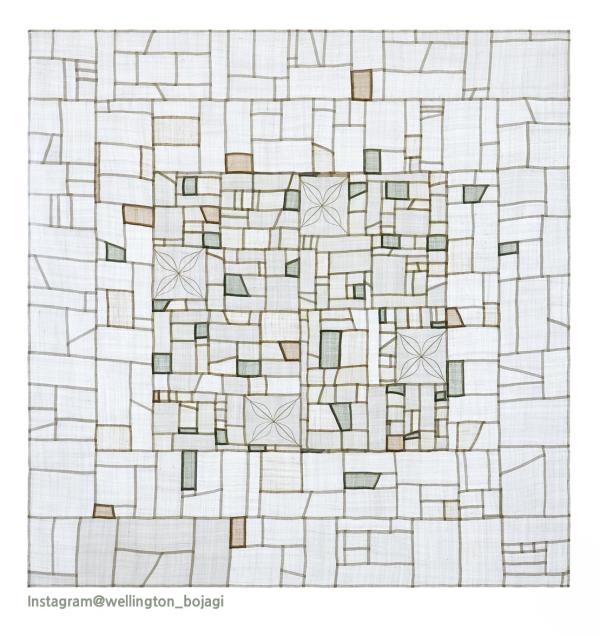 This exhibition is to show modern interpretations of bojagi also known as traditional Korean patchwork or wrapping cloth. Bojagi typically takes the form of a large piece of square fabric often used for carrying objects or wrapping.

The earliest surviving examples, from the early Joseon Dynasty period (1392–1910), were most frequently used in a Buddhist context as tablecloths or for covering sacred texts.

Bojagi used by the royal class are known as ‘Gung-bo’ and they typically took the form of a single piece of embroidered or painted silk fabric. Bojagi used by the commoner class are known as ‘Min-bo’. A common type of Min-bo is the Jogak-bo which was created from scraps of fabric left over from making hanbok, Korea’s national costume. Most of the bojagi on display in this exhibition are Jogak-bo.

Today, in addition to still being used for carrying or covering items, bojagi is increasingly appreciated as an art form. Some have compared the art of bojagi to the abstract paintings of Dutch artist Piet Mondrian. However, I like to describe it as the voice of the Joseon Dynasty’s common women whose craft has been passed down to the bojagi artists of today who now tell their own stories through these beautiful pieces of work.

There are two workshops:

It is a 60min session to learn about basic hand-sewing techniques and material handlings of bojagi from the artists.

There will be $20 of material cost. You will be given a kit including materials, threads and needles etc to make a small bojagi.

Get in touch if you would like to attend: office@thistlehall.org.nz