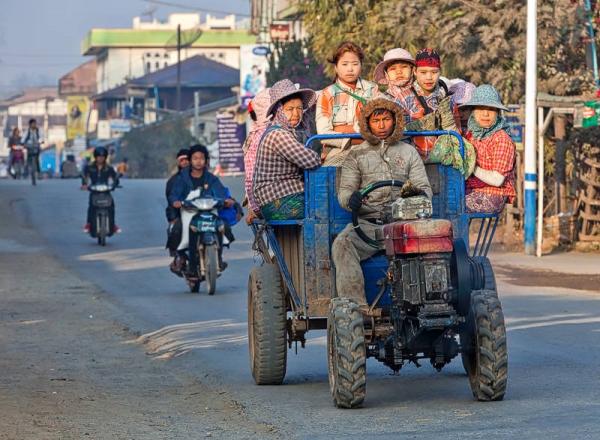 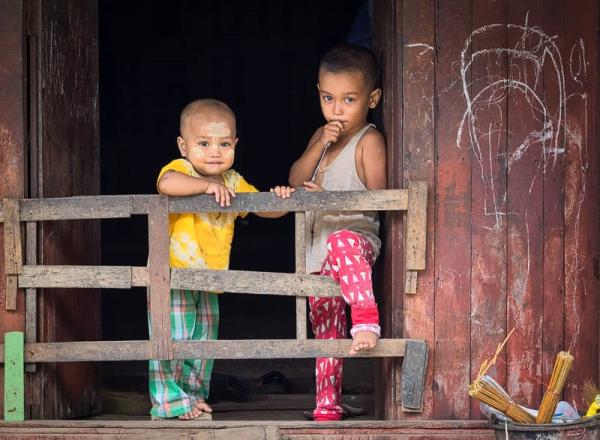 At home, work and play in “The Golden Land”

“People of Myanmar” is a portfolio of 60 photographic images collected during three journeys to Myanmar and travel widely throughout the country in 2013, 2014 and 2015.

Formerly known as Burma, Myanmar has been opening up to the outside world in recent years and is taking its first, faltering steps towards restoring democracy after many decades closed-off and under military rule.

The country is largely unchanged from the period of British administration and later independence that ended in 1962.  It is struggling to adapt and develop to meet the needs and opportunities of the 21st century.  Much of the workforce has low or no formal education and many children do not attend school.  Business and industry is under-developed, many commercial and public buildings are crumbling, and the infrastructure, transport and other public services are overloaded and unreliable.  Only 30% of households are connected to the electricity grid and less than 5% have a piped water supply.

Buddhism permeates all aspects of Myanmar life and culture.  Around 90% of the population are practicing Buddhists, and there are nearly 600,000 Buddhist monks and nuns. Tens of thousands of pagodas, temples, monasteries and other Buddhist structures are scattered throughout the country.

The images were captured in cities, towns and villages across 11 of the 14 states and regions that comprise the country’s administrative divisions.  The objective of this exhibition is to endeavour to capture the diversity of contemporary Myanmar seen through its people going about their daily lives.