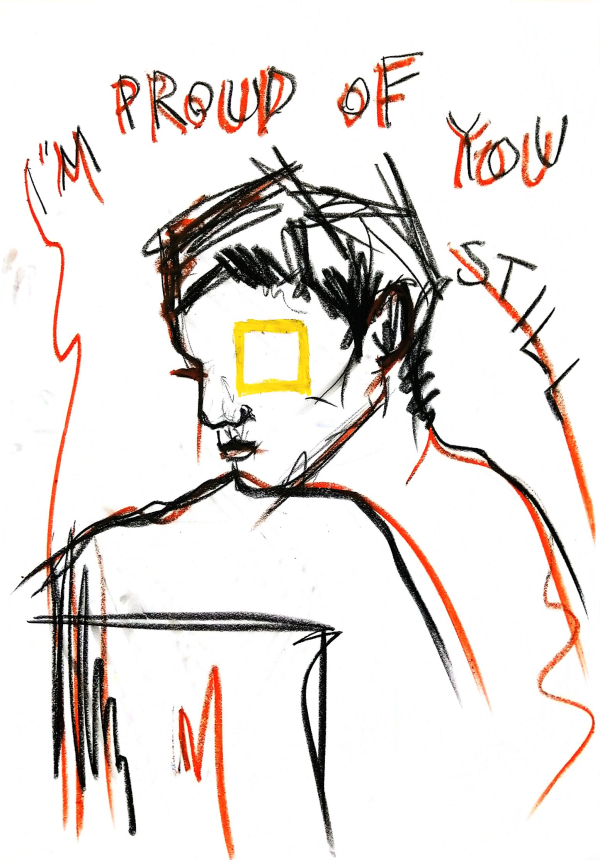 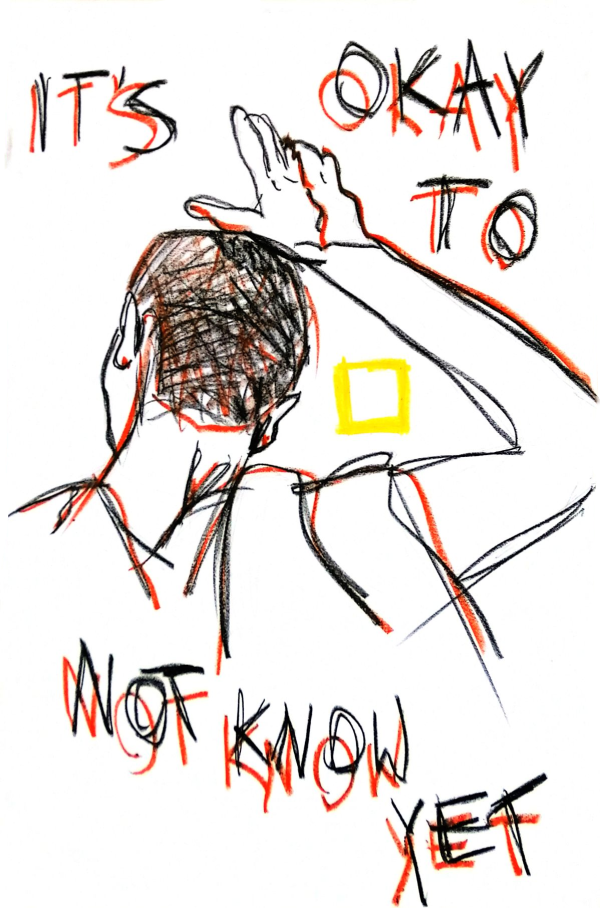 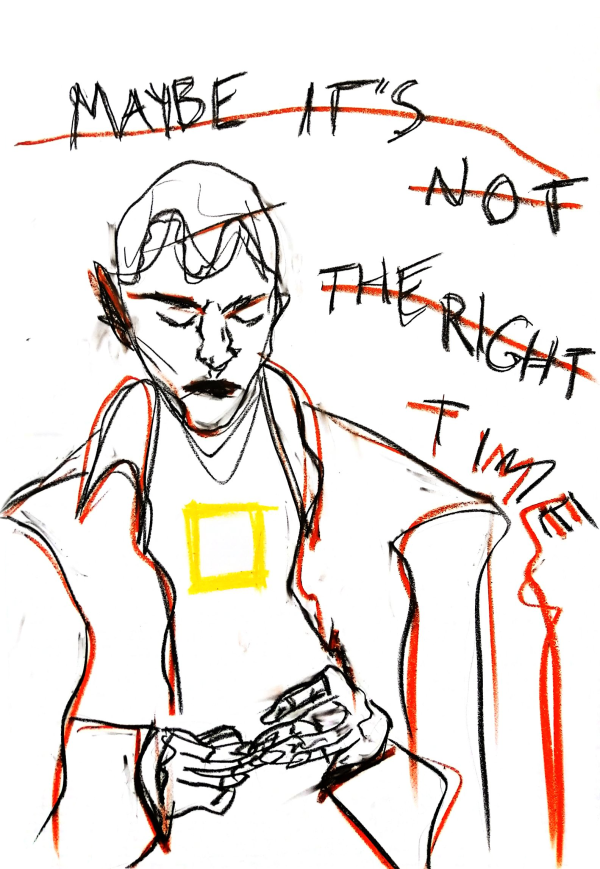 In əbˈzəːv (pronounced ‘observe’), 16-year-old artist Rei Denee has created a series of autobiographical drawings and an interactive sculpture which decontextualise a familiar analogy to explore his struggle with childhood trauma and a hesitance to recover. əbˈzəːv is his first solo show and opens to the public June 3rd at Thistle Hall.

Schrodinger’s box is a thought experiment suggested in 1935 by Austrian physicist Erwin Schrodinger to explain an interpretation of quantum physics. In simple terms, Schrödinger stated that if you place a cat and something that could kill the cat in a box and sealed it you would not know if the cat was dead or alive until you opened the box, so until the box was opened the cat was in a sense both ‘dead and alive’. Multiple states of being can exist all at once until observed.

Denee says for a long time after experiencing a traumatic event you feel everything all at once, carrying all those feelings around with you ‘in a box.’ You know that when you observe its contents you’ll be able to see your core feelings about the event, and only when you look inside can you take those things out of the box and heal, but not being ready to see yet doesn’t mean you never will.

The young artist negotiates a line between fear and hope, certainty and oblivion, everything and nothing. Working with oil pastels in harsh strokes and stark colours contrasts with his subject matter of people like himself in very vulnerable situations. When viewed in a certain order this series seem to tell a story beginning in a place of fear and ending with the same uncertainty but also with newfound hope, support, and self acceptance.

əbˈzəːv is an opportunity to discover what it means to keep working towards a future where you can’t see what you’re reaching for, and invites the viewer to share Denee’s trust in himself.