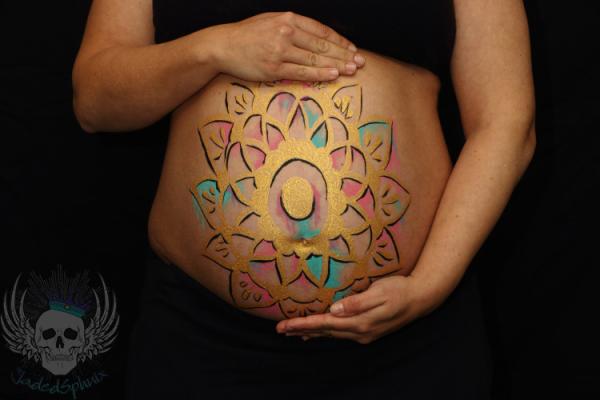 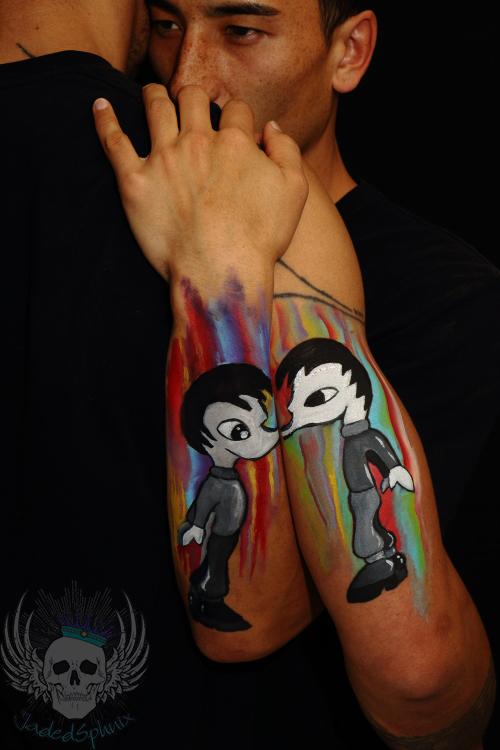 Ten years ago, I was introduced to the world of body painting and I instantly fell in love; why hadn't I found this art form sooner. As a teenager I dreamt of becoming a tattooist, so it's no surprise that I took to body art so keenly. With inspiration from various tattoo magazines I began drawing flash and showed my designs to a few tattooists for feedback. I received some of the best advice from the late Phill Mathias of Dermagraphic Tattoo Studio and it still often rings in my ears, “Learn, try & practice as many different art forms as you can. Do life drawing, sculpt, paint, everything and anything, it all makes you a better artist”.

A little over two years ago, I was pregnant, annoyed by the limited choice of prints on boys clothing and often found myself wondering why prints on children's clothing were the way they were, why couldn't you find those cool adult prints on kids clothing? So armed with my fabric paints & plain baby onesies, I started painting.

Second Skin is an exhibition is a combination of all of my artistic loves, because art is more than something you hang on your wall.

Sometimes, you wear it.